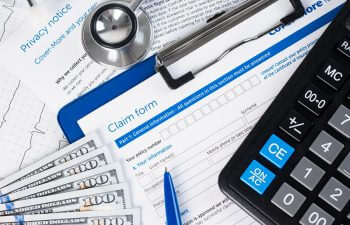 The #1 question I am asked is whether or not we take insurance and, if not, “Why not?”

I explain that YOUR insurance carrier decides who is covered and what is reimbursable, not me. I also give them the bad news that if they lived in a civilized society or a state such as Oregon or Connecticut or others…that the exact same thing I am doing for them WOULD be reimbursable, even mandated by law to be reimbursable in SOME states.

Why the discrepancy? Is naturopathic medicine really that different from conventional medicine? Why yes, yes it is!  For starters, a naturopathic doctor looks at you as a whole, unique, connected human being. Conventionally trained medical doctors generally address only your immediate complaint and then compartmentalize it from the rest of your health.  Secondly, naturopathic medicine is based on important principles, such as ‘the healing power of nature’. We believe in each patient’s ability to heal themselves when given the right tools and the obstacles to cure are removed.

Naturopaths believe in Self-Care Reform, that is, for healing to occur, you must eat well, exercise, and sleep restfully and manage stress levels. This is quite different from someone who receives two coronary bypass surgeries without being told to stop smoking or give up toxin-loaded animal products.

“So, are you a doctor then?” is the next question.

Naturopathic physicians attend four years of college, followed by 4 years of naturopathic medical school. We use the same textbooks as in orthodox medical schools. We learn the same techniques of physical diagnosis and send our patients’ blood and Pap smears (if laboratory testing is required) to the same labs. We are licensed in 18 out of 50 states and hope that number of licensed states will increase. Naturopathic doctors do, however, practice in nearly every state.

Naturopathic doctors treat everything from acne to athlete’s foot, asthma to arthritis, headaches to hay fever, dandruff to depression, flus to fatigue, ear infections to eczema, strep throat to smoking.

Let me ask YOU a question…

“how HEALTHY are you becoming by using your current health insurance plan options?”

When you pay your $25 copay to see your insurance-based healthcare provider, are you getting the TIME you need?  Are you feeling someone is LISTENING?  Do you have the sense someone is working to get to the ROOT of the problem?  Do you feel like you’re an important and valued patient, or like you’re one of many, on a loooooong assembly line? Bottom line: are you getting the RESULTS you want?

I spend LOTS of time with my patients, during the visit, after their visits via email, and between their visits researching aspects of their case. Naturopathic first appointments last at least an hour and follow up appointments usually last one half hour, as compared to the average five to six minute visit of an orthodox medical doctor. In so doing, it is common for naturopathic doctors to recognize problems or conditions that orthodox doctors may have missed, likely due to time restrictions, if nothing else.

Right now, only about 15 to 20% of patients across the U.S. are covered by their insurance to see naturopathic doctors. The naturopathic associations are trying to change that. We are licensed physicians and should be covered. However, it is an extremely complicated political battle which we have not yet won in every state.

“How can I afford this if it’s not covered by my insurance?”

Now I am thinking… “How can you not afford naturopathic medicine?” Naturopathic doctors and their treatment plans charge a fraction of what orthodox medicine costs all of us as taxpayers. By using natural, non-toxic treatments, you will avoid iatrogenic (ie, doctor-caused) illness. By following the recommendations of a naturopath, you are much more likely to feel better, avoid medications and surgery, and live longer with a better quality of life to boot. Just think of how much money is lost in work time due to surgery, hospitalizations, or poor health in the long run…nevermind the productivity losses incurred just by waiting forever to see the doctor and then getting 5 min of their time. You’re also much more likely to feel like I really know you and understand you as a whole person, rather thinking of you as “a case of high cholesterol”.

Think about your past experiences with health care and you, too, may find that naturopathic medicine is a bargain which you can’t refuse. My patients choose to see me, insurance coverage or not, and are glad they did so.  Why? Because I have to be results-driven, customer service-oriented, and genuinely caring.

Now isn’t that the kind of doctor you want for yourself and your family? 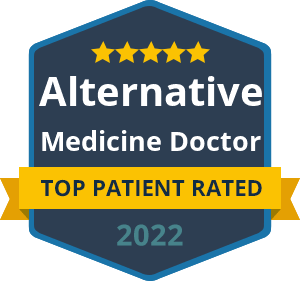